Before couple of years i was not use to face washes, i used to wash my face with soap like pears, lux, goat milk soap etc. once i had a chance to use face wash. i tried it with heavy hands and crossed fingers.. but wow i really felt better. i started using face washes then. i used number of face washes of different brands but garnier is BEST, at least for my skin it did wonders. when ever i go to other brands i have to come back to garnier, u may call it garnier LOVE ;)

Today i am going to review garnier pure active blackhead clearing scrub, lets see what they claim and what i found. 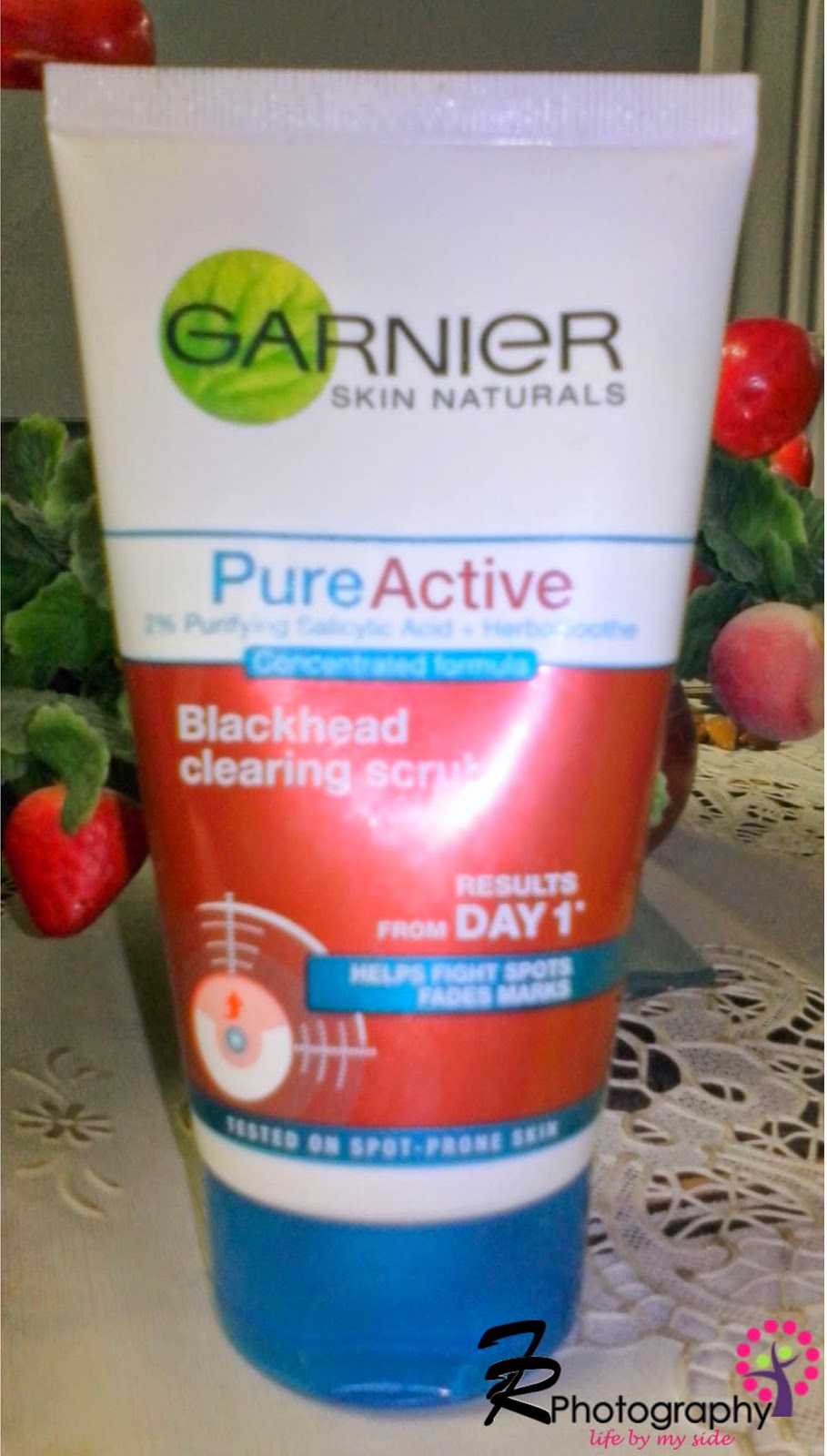 garnier pure active scrub comes in a squeezable bottle of ml. whole tube is easily usable for 3 months or more if you use once per day. This product has creamy texture, minty smell, blue beads like  granules for exfoliation and cooling sensation after wash. 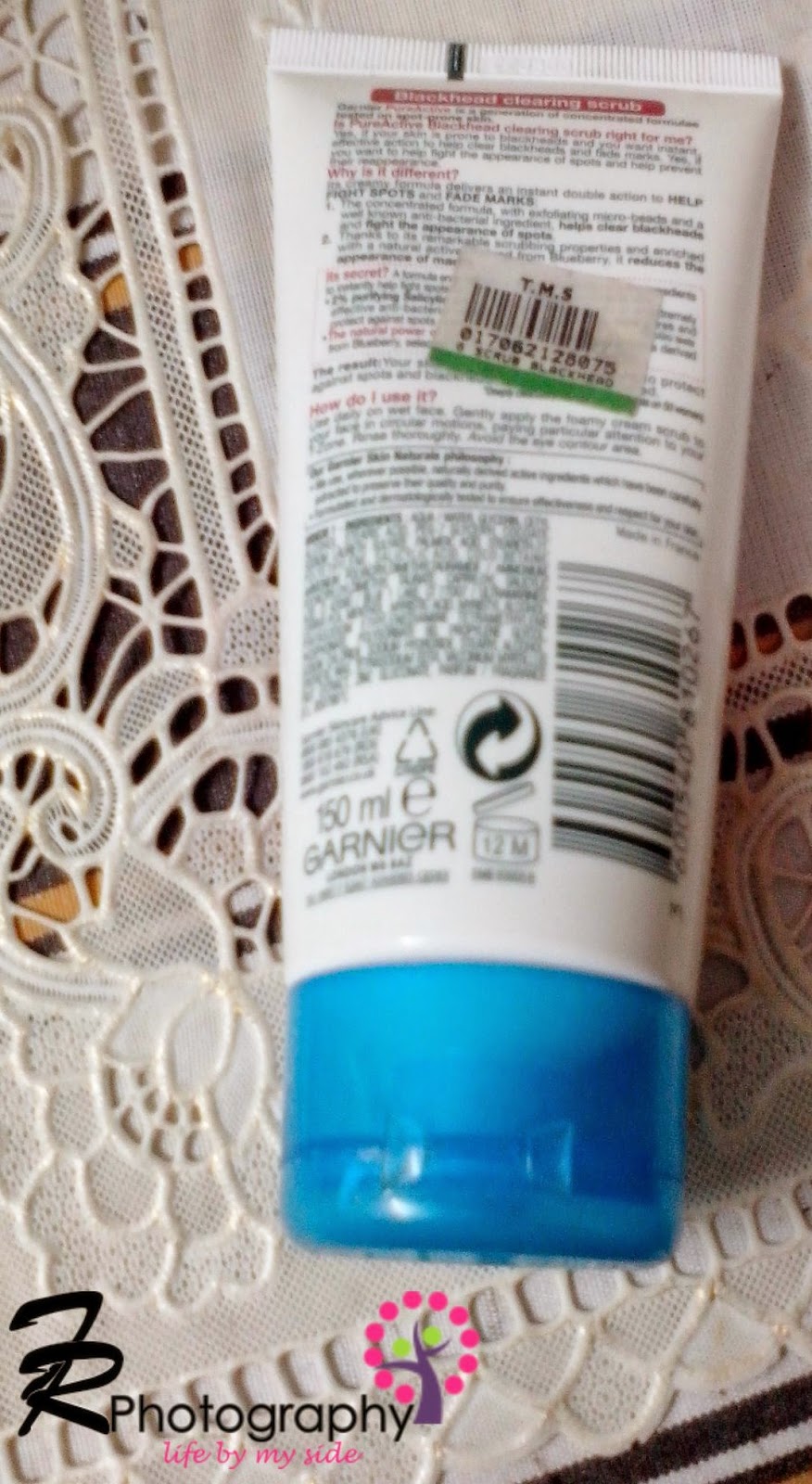 This product is a part of my night time routine for 2 two months. After cleansing i use it as scrub+face wash with soft wet finger tips in circular motions emphasising on my t-zone . after using it my skin really feels breathing, baby soft, cool and fresh and its soothing minty smell makes me feel relax. 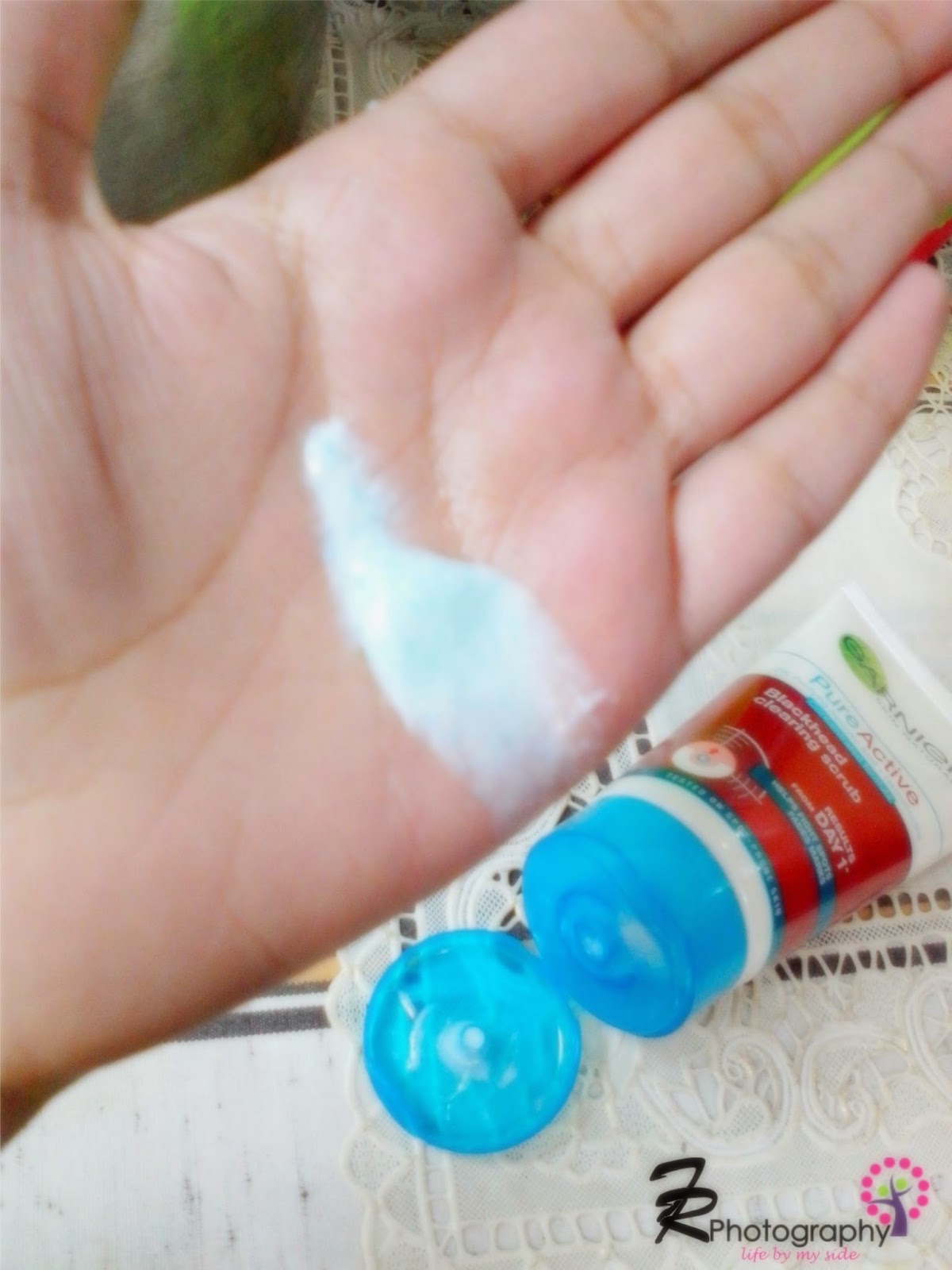 This product really did wonders for me.

I really like the product and i am going to use it and re buy it in future as itsmy scrub+face wash and a necessary part of my night time routine :)

Never get disappointed of your acne and acne scars, its not that hard to get rid of this evil, please concern to a dermatologist first, along with this product, drink plenty of water, intake fruits with vitamin c as much as u can, cut of sugar from your diet as much as u can,moisturize well especially before bed and say good bye to tensions, u will soon have acne free skin :)

wish you an acne free clear life ahead :)


Are you feeling down and suffering from lack of motivation?
have you lost your job, loved one etc and feeling like its the end..!!??

Remember Some injuries heal more quickly if you keep moving. The same is true of setbacks in life. Perhaps you lose your job. A relationship might not work out. Maybe the bills are piling up. Don’t put your life on hold so that you can dwell on the unfairness of past hurts. Look instead for ways to move forward. Maybe there is a better job awaiting you that will be more fulfilling and rewarding.

Your relationship May have needed a shake-up, or maybe there is someone better for you. Perhaps your financial challenges will inspire you to find new creative ways to save and build wealth.

You can’t always control what happens to you. There are some occurrences in life that are not your fault or within your power to stop. The choice you have is either to give up or to keep on striving for a better life. My advice is to know that everything happens for a reason and in the end good will come of it :) Life may be kicking you around right now. You may wonder if your fortunes will improve. I’m telling you that you can’t even imagine the good that awaits you if you refuse to give up. Stay focused on your dream. Do whatever it takes to stay in the chase. 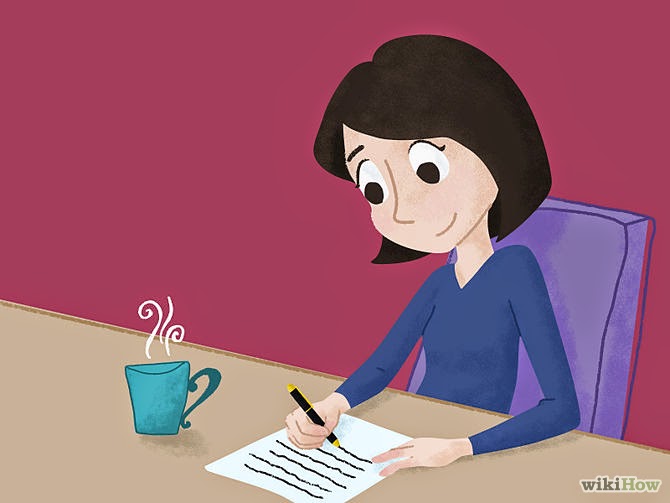 You have the power to change your circumstances. Go after whatever it is you desire. Life is an adventure still being written—and so is yours. Start writing the first chapter now! Fill it with adventure and love and happiness. Live the story as you write it!


I’m sure you've had similar moments when you've prayed or simply wished for a dramatic change in your life. There is no reason to panic if your miracle doesn't arrive, or if your wish doesn't come true right this minute. 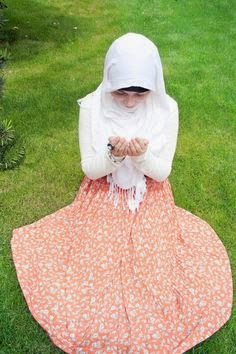 Remember, God helps those who help themselves. It’s still up to you to keep striving to serve the highest purpose for your talents and your dreams in the world around you. If you aren't where you want to be or you haven’t achieved all you hope to achieve, the reason most likely resides not around you but WITHIN you. Take responsibility and then take action. First, though, you must believe in yourself and your value. You can’t wait for others to discover your hiding place. You can’t wait for that miracle or “just the right opportunity.” You should consider yourself the stick and the world your pot of stew. Stir it up.

First, you will face moments of doubt and fear. We all do. Feeling down is natural; it is part of being perfectly human. Such feelings pose a danger only if you allow negative thoughts to stick around instead of just letting them wash over you.
When you trust that you have blessings—talents, knowledge, love—to share with others, you will begin the journey to self-acceptance even if your gifts are not yet apparent. Once you begin that walk, others will find you and walk with you.
Sometimes, you see, God expects you to help out with the heavy lifting. You can wish. You can dream. You can hope. But you must also act upon those wishes, those dreams, and those hopes. You have to stretch beyond where you are to reach where you want to be.
The fact is that as mere mortals, you and I have limited vision. We can’t possibly see what lies ahead. That’s both the bad news and the good news. My encouragement to you is that what lies ahead may be far better than anything you ever thought possible. But it’s up to you to get over it, get up, and show up!

BUT STILL... MY LIFE IS OUT OF CONTROL..

True, you can’t control everything. Too often bad stuff happens to people no matter how good they are. Whether your life is good and you want to make it better, or whether it’s so bad you just want to stay in bed, the fact is that what happens from this very moment is up to you and ALLAH.

Its your day, its the moment.. start from NOW... because sometimes its now or never.

She thought till late at midnight and finally decided how to take revenge from him. She could not sleep all night, because she was too eager to take revenge for the idols she worshiped. Even before the first ray of sunlight had entered her window, she was busy sweeping her house. She saved all the garbage in a basket, placed it on the roof of her house and proudly looked at it for a while, then with an impatient look on her face, she looked at the street that she lived on, and thought, "No one has ever seen him angry. Everybody will praise me when they will see him shouting at me and getting mad. They will laugh at him and make fun of him." She looked at the basket again and grinned.
Meanwhile, she heard footsteps, announcing the approach of the end of her waiting. "Finally my prey has arrived," she thought, as she saw a man dressed in clean, white clothes coming that way. She picked up the basket in her hands and threw all the garbage on him when he passed by. Much to the woman's disappointment, he did not say anything and continued on his way.
She did the same the following day thinking, "Maybe this time I will be able to annoy him." But he was too gentle to shout at a woman. She misinterpreted his attitude as fear and decided to repeat the same mischief everyday in order to keep him frightened, so that he might stop preaching the Oneness of God.
This gentleman whom the woman hated so much was Muhammad (pbuh), the last prophet of Allah Almighty. He did not want to disappoint the woman and so continued to walk down the street everyday, instead of picking an alternate route, and prayed for the woman to recognize the Truth.
One day, the Holy Prophet Muhammad (pbuh) did not find the woman to be on the roof of her house with the basket. This worried him, because he thought something must have happened to her for not being over there. So he knocked at the door. "Who is it?" asked a feeble voice. "Muhammad bin Abdullah," was the reply, "can I come in?" The woman feared, "I am sick, and too weak to fight or talk back, therefore Muhammad has come to take revenge for what I have been doing to him." But the permission to enter her house was in such a gentle voice that she allowed him in.
Muhammad (pbuh) entered the house and told the woman that not finding her on the roof had worried him and he thus wanted to inquire about her health. On finding out how ill she was, he gently asked if she needed any help. Hypnotized by the affectionate tone in the Holy Prophet's (pbuh) blessed voice, she forgot all fear and asked for some water. He kindly gave her some in a utensil and prayed for her health, while she quenched her thirst. This made her feel very guilty for being so cruel to him in the past and she apologized for her mean behavior. He forgave her and came to her house everyday to clean it, to feed her and to pray for her, till she was on her feet again. The kind attitude of the Holy Prophet (pbuh) inspired her into the recognition of the Truth, and his prayers were answered in the form of yet another addition into the growing number of Muslims.
at December 23, 2013 No comments:

Email ThisBlogThis!Share to TwitterShare to FacebookShare to Pinterest
Labels: (a heart touching story)

http://tune.pk/video/36683/Change-Yourself-to-Change-the-World-Lecture-by-Qasim-Ali-Shah
at December 22, 2013 No comments:

SECRET from THE SECRET

Last days my sisters Rabeeya & Madiha were niggling me to read there favourite book ” THE SECRET”… as per her wish I did it, figured it… concluded and I wonder I revealed a secret from ‘ THE SECRET” and that is “ISLAM”, the teachings of Islam..

This book is about “The Law of Attraction” it says,  think positive,  wish for what you want really, pray for it and leave the rest to the entity which is much more powerful than we humans.. There is a power who is pompous. Believe and have trust in him, sooner or later he will give you what you prayed for what you actually wanted.
From your whole day, have some time for yourself and for your desires. Think of that…, feel that u Have it.. Never give up. Never say NO..or i can’t do that either  find ways and you  will see lots of it.. now get back to your work… leave the rest upon him. He will make impossible, possible for you.
Be thankful and grateful to him, say thanks several times a day..
Be what you actually want to be… and you will be like that soon.
All these are the teachings of Islam.. written in QURAN  and taught by the Holy prophet MUHAMMAD (S.A.W). Islam teaches us to have faith in ALLAH who is the one and only creator.. we thank him 5 times a day by namaz and several times by heart. we ask him and pray him for our wishes and desires and leave the rest upon him and I swear.. he capitulate. It really gives us mental satisfaction and peace inside

Email ThisBlogThis!Share to TwitterShare to FacebookShare to Pinterest
Labels: secret

Before couple of years i was not use to face washes, i used to wash my face with soap like pears, lux, goat milk soap etc. once i had a cha...